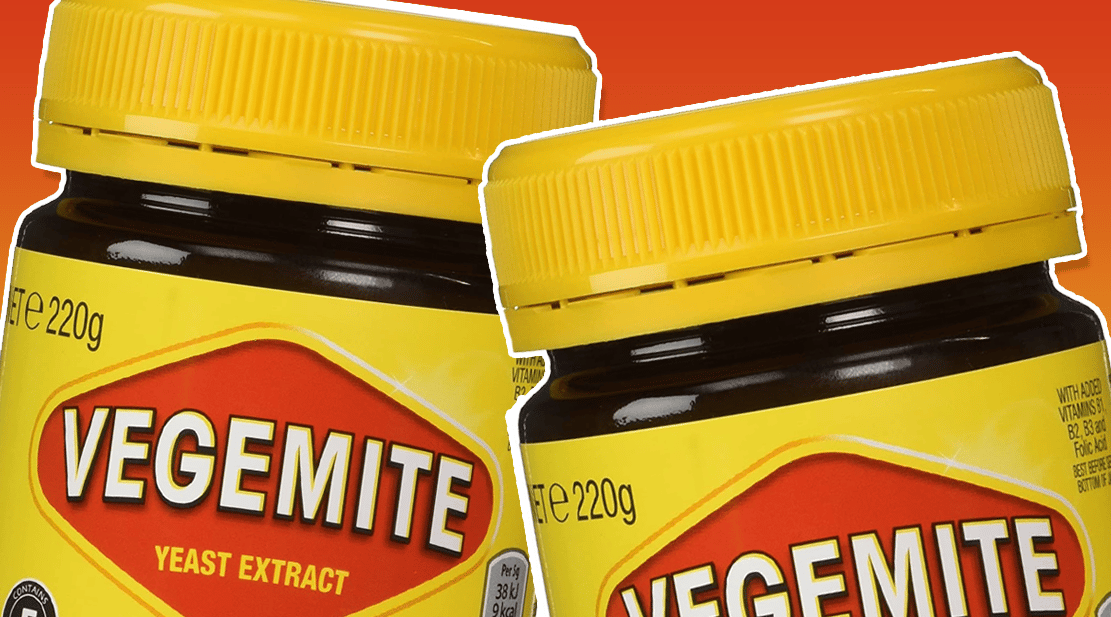 Vegemite is Australia’s answer to Marmite, but if you’re living in the UK, you might struggle to get your hands on a tub of the good stuff. Our handy guide reveals the best places to buy Vegemite in the UK, so you’ll be spreading it all over your toast in no time.

We’ve found that, although some supermarkets try and keep good stock of Vegemite, you’ll get far better results if you shop online. In fact, on this page you’ll spot lots of links where you can order as many tubs of Vegemite as you can handle.

Below, we’ve answered some of the most common questions on Vegemite – where it came from, what’s in it and where to buy Vegemite in the UK. Keep scrolling for the details.

Don’t have time to read through our full story? Use our exclusive links to get Vegemite easily if you’re in the UK:

Vegemite is a love-it-or-hate-it food spread made from ‘leftover brewers’ yeast extract with various vegetable and spice additives’. It was invented in Australia back in 1922.

This thick, dark-coloured spread is mighty popular over in Australia, where Aussies use Vegemite in sandwiches, crumpets and even pastries. There are no artificial flavours included in the recipe.

Is Vegemite the same as Marmite?

Not exactly, but it’s pretty close. Both of these yeast extract spreads share a similar list of ingredients, but we find that Vegemite is darker and has a thicker texture.

Can you buy Vegemite in the UK?

Yes, if you know where to look. Various supermarkets with ‘international food’ isles may sell a couple of tubs of Vegemite and there are various websites where you can order some online.

If you’re shopping for Vegemite, here’s a list of known Vegemite sellers to get you started: Amazon, eBay, Asda, Morrisons, Tesco.

Buy Vegemite in the UK

This Amazon seller is offering up a 2-pack of Vegemite for less than £10. This is the original flavour, coming at you in a 220g tub.

The product page points out that Vegemite is a great source of vitamin B, and it’s suitable for vegetarians, too. This Vegemite 2-pack is imported straight from Australia, so you know you’re getting an authentic product.

Sometimes two jars of Vegemite ain’t enough, so treat yourself to three instead.

This Vegemite multipack consists of three 220g jars of Vegemite.

This Vegemite multipack consists of four 220g jars of Vegemite.

This Vegemite multipack consists of 6 220g jars of Vegemite.

This Vegemite multipack consists of 12 220g jars of Vegemite.

Read next: American candy in the UK